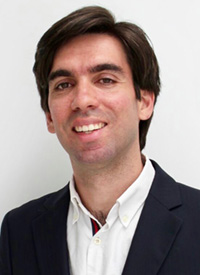 ERIC COLLIN Principal Broker Grounded in a career devoted to international real estate development and the construction industry, along with experience Eric brings a passion for creative, unique, and pioneering projects.

Acting as a class A Certified General Contractor, LEED Accredited Professional, and a licensed real estate broker, to date Eric has overseen a development pipeline of more than $250mm in the USA and Europe. As a developer Eric has qualified for a $12m Recovery Zone Bond Federal project and has successfully partnered with 123 Venture, a €1.15bn investment fund specializing in hotels.

Eric is a very active member in the Sarasota community, serving as a Champion Member of the Sarasota Downtown Partnership and Chair of North Trail Redevelopment Committee where he championed decisive land use changes. He is also on the Board of the Indian Beach Sapphire Shores Association and chairs the Membership Drive Committee.

A recipient of the 2005 Sarasota Development Beautification Award, in 2012 Eric became the only developer to win the Florida Bicycle Association Developer of the Year Award. Ever.

Prater has an extensive background in the hotel and real estate business having worked for Marriott International in several capacities. These roles ranged from Sales, Operations and Franchise Operations Manager consulting with new and existing franchise development and management companies. He has also held the position of Regional Director with both Marriott and Hilton Hotels. In addition, Prater held the position of VP of Operations for Home-Towne Suites and was a partner in the Home-Towne Hospitality management company. During his leadership at Home-Towne he was instrumental in improving the overall revenue and profits of the busines, which resulted in the owners successfully selling the portfolio to a major hotel company.

Prater has been involved in over $55m in transactions compromised of large tracts for residential development, infill sites for multi-family, hotel and commercial developments.